Barely a day goes by that I don’t visit the Tumblr Manarchist Ryan Gosling. The site features photos of actor Ryan Gosling with reader submitted quips—captions often derived from personal experience—such as my favorite: “Hey Girl, I conflate feminism with fascism because both threaten me.”
The humor of Manarchist Ryan Gosling is that, anarchist or not, most activists know the type. He could be a Bro-gressive, a Mactivist or a member of the Manguard. The problem isn’t the ideology, but rather the contradiction embodied by a person claiming to fight for liberation, yet perpetuating sexism, heteronormativity and cis-sexism so overtly he resembles a cartoon.
And, though I giggle every time I see a new MRG submission, something is missing. While I have had my fair share of run-ins with violent, aggressive and blatantly sexist dudes within the movement, the manarchism I struggle with most frequently wouldn’t fit into a pithy meme. It isn’t overt or quotable, but I find it pushing me, and many others, out of spaces where we want to be. The sad reality is that the repeat offenders lurking in our communities are read up on bell hooks and probably enjoy Manarchist Ryan Gosling as much as I do.

Meetings are often a great bastion of subtle manarchism, particularly in regards to space. Privilege teaches us to find space and fill it. Often, this means taking space from others.

Sometimes this looks like a benefactor of male privilege opining on the greatness of feminism and anti-oppression work for 15 minutes, leaving no time for other voices—often those experiencing oppressions—to speak. Other times, this looks like cis-gender men facilitating meetings, executing actions, leading working groups and doing the glamorous work, meanwhile leaving tasks such as cooking, cleanup, childcare and support work to the rest of us.

Manarchism also rears its head when someone—typically not a dude—calls out patriarchal behavior only to be met with resistance. While I have seen old-fashioned name calling, shouting and physical aggression employed by a manarchist getting called out, more often I have been silenced by having my concerns diminished. “I didn’t mean to,” and “You have to understand where I am coming from,” are two examples of how people frequently dodge accountability. 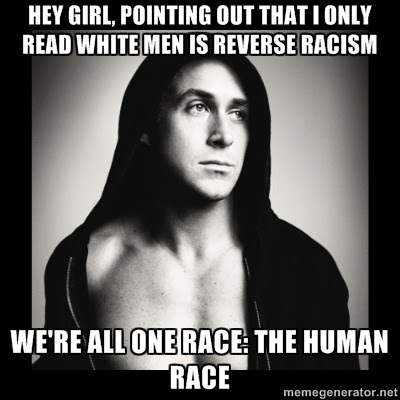 When I am spending time with male-identified folks and they are talking about women’s bodies—who is hot, who they want to date, what attributes they like—they have turned women into sex objects. They may not mean to, but their intention does not change the impact. When a dude in the community treats his partner terribly, the details of the relationship do not matter. Giving space to “both sides of the story” allows an opportunity for abuse, manipulation and manarchism to be justified.
These responses set a tone, not only in the immediate situation, but for an entire community that speaking out against male privilege opens one up to silencing.

Power structures emerge outside of meetings and mobilizations, too. I have seen gaggles of activist dudes treat their partners and friends like objects, property or a good old fashioned womb, all the while quoting Lucy Parsons.

Their infoshop conversations sound like locker room talk— “check out the hot new girl.” These men depend on their partners for support—food, rides, cigarettes—without reciprocating. They patronize their partners and make commitments in relationships. They bail when better prospects come along and move from partner to partner While the latter behavior can permeate across a variety of identities, 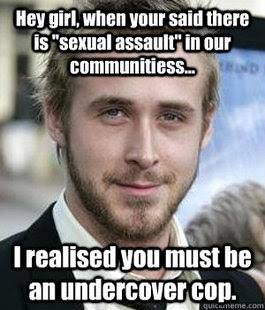 the power dynamics that are perpetuated by manarchists reduce the women in our communities into sex commodities. This makes our “movements” look like reality TV shows with sexier politics.
The effect of all of this can be seen when those benefiting from male privilege dominate our organizations and community spaces. If your group ever has had to ask why a majority of your membership is made up of male-identified folks, it’s probably because of the manarchy. It may look softer and gentler than the hooded Manarchist Ryan Gosling shouting down ladies, but the silence, hurt and powerlessness manarchists inflict feel the same.

It is important to remember that, while male pronouns seem most applicable to manarchists, that male privilege—status, power, access and other benefits only given to men—can be extended to all people perceived to be male, even if that is not their identity. The key to deconstructing the power of manarchism is asking yourself—regardless of where your identity lands—“How do I participate or assist in creating this power dynamic?”

How does an individual or group start an anti-manarchist insurrection? Remember, talk is cheap. We can write statements, read books and discuss anti-oppression until industrial civilization collapses, but until individuals and communities actively engage in dismantling their internalized patriarchy, we are running in circles.

First make space. Take progressive stack in your meetings by giving people from non-dominant identities priority to speak. Dudes, when you go to meetings, stop talking and listen actively. Ask questions, support the ideas that others bring to the table and try to learn something.

If a person from a dominant identity makes a statement or action that upholds power dynamics, speak up. Support people when they call out power and privilege. Fill roles you have never filled before, particularly support roles.

If you get called out—and you will get called out—listen and apologize. Don’t respond. Think about it. Educate yourself and make a definitive behavior change.

Above all, do the hard work to deconstruct patriarchy, particularly internalized patriarchy, within yourself. Do not look to women, transfolks or queers to coach you through your anti-patriarchal journey. Research, read, discuss, learn, teach and always remember that behind every activist with male privilege, there’s a little Manarchist Ryan Gosling.
Topics: anarchist movement, sexism